Here at the Archives Hub we’ve not been so focussed on Linked Data (LD) in recent years, as we’ve mainly been working on developing and embedding our new system and workflows. However, we have continued to remain interested in what’s going on and are still looking at making Linked Data available in a sustainable way. We did do a substantial amount of work a number of years back on the LOCAH project from which we provided a subset of archival linked data at data.archiveshub.ac.uk.  Our next step this time round is likely to be embedding schema.org markup within the Hub descriptions. We’ve been closely involved in the W3C Schema Architypes Group activities, with Archives Hub URIs forming the basis of the group’s proposals to extend the “Schema.org schema for the improved representation of digital and physical archives and their contents”.

We are also aiming to reconnect more closely with the LODLAM community generally, and to this end I attended a TNA ‘Big Ideas’ session ‘Is Linked Data an appropriate technology for implementing an archive’s catalogue?’ given by Jean-Luc Cochard of the Swiss Federal Archives. I took a few notes which I thought it might be useful to share here. 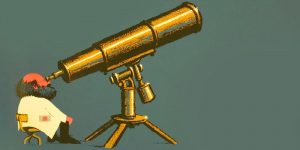 Why we looked at Linked Data?

This was initially inspired by the Stanford LD 2011 workshop and the 2014 Open data.swiss initiative. In 2014 they built their first ‘aLOD’ prototype – http://alod.ch/

The Swiss have many archive silos from which they transformed the content of some systems to LD and then were able to merge. They created basic LD views, Jean-Luc noting that the LD data is less structured than data in the main archival systems, an example of which is e.g. http://data.ge.alod.ch/id/archivalresource/adl-j-125

They also developed a new interface http://alod.ch/search/ with which they were trying for an innovative approach to presenting the data such as providing a histogram with dates.  It’s currently just a prototype interface running off SPARQL with only 16,000 entries so far.

They are also now currently implementing a new archival information system (AIS) and are considering LD technolgy for the new system, but may go with a more conventional database approach. The new system has to work with the overall technical architecture.

Jean-Luc noted that they expect that in three years born digital will greatly expand by factor of ten, though 90% of the archive is currently analogue. The system needs to cope with 50M – 1.5B triples. They have implemented Stardog triple stores 5.0.5 and 5.2. The larger configuration is a 1 TB RAM, 56 CPU and 8 TB disk machine.

As part of performance testing they have tried loading the system with up to 10 Billion triples and running various insert, delete and query functions. The larger config machine allowed 50M triple inserts in 5 min. 100M plus triples took 20min to insert. With the update function things were found to be quite stable.  They then combined querying with triple insertions at the same time, and this highlighted some issues with slow insertions with a smaller machine. They also tried full text indexing with the larger config machine. They got very variable results with some very slow response times with the insertions, finding the latter was a bug in the system.

Is Linked Data adequate for the task?

A key weakness of their current archival system is that you can only assign records to one provenance/person. Also, their current system can’t connect records to other databases, so they have the usual silo problem. Linked data can solve some of these problems. As part of the project they looked at various specs and standards:

Their next step is expert discussion of a common approach, with a common RDF model. Further investigation is needed regarding triple store weaknesses.